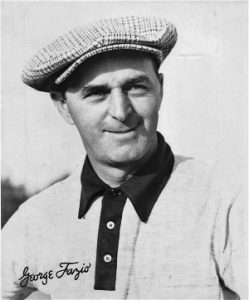 George Fazio was an American professional golfer and a golf course architect.

Fazio, born in Philadelphia, Pennsylvania, was a respected player in the mid-twentieth century and competed in seven Masters Tournaments from 1947 to 1954. His best finish was 14th in 1952.

Like most golfers of his generation, Fazio earned his living primarily as a club pro. During the 1940s, he was head pro at Hillcrest Country Club in Los Angeles, where many of Hollywood’s celebrities played. After his playing days were over, Fazio went on to become a well-known golf course architect. He built many notable courses. 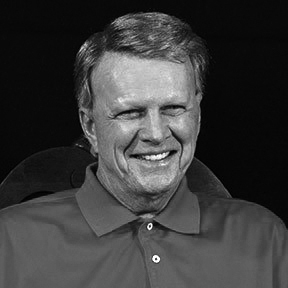 After George’s death in 1986, Jim started his company: Jim Fazio, Golf Design. It could be said that to Jim Fazio golf course design is more of a family business. A business that began with his uncle George Fazio, the accomplished golfer and the contemporary of great golfers like Ben Hogan, Sam Snead and Byron Nelson. George’s enthusiasm for the game and successful course design career was infections to Jim, who began his career in the golfing industry in 1961.

Living up to his uncle’s legacy was a tall order, but Jim Fazio has made a name for himself designing award winning courses in the United States, Japan, Spain, Italy, and the Caribbean Islands.

A few highlights from his stellar career include: 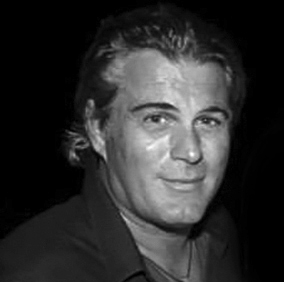 Jimmy Fazio is the artistic conceptual design expert who is hands on from construction supervision to actually leading the team on the construction site and shaping of the golf course.

Over the many years Jimmy and his Dad (Jim Fazio) have had a close bond. Their partnership is unique and their combined expertise is a proven winning combination.

Jimmy is savvy in the artistic design elements of the layout and contouring of a golf course plan.

Jimmy started running a tractor, graduated to a bulldozer and shaping the courses from an early age – went to the office to study drafting design and has the artistic ability to sketch out the holes prior to construction to show the owners his concepts prior to building.

Jimmy is on site and can make field decisions as they arise keeping budgets in line. On hands management can save money on decisions he makes while on site. Adjustments to the proposed plan that can make the job less costly. Jim never sacrifices the integrity or quality of the course always seeking the best quality course.

As a result players experience the ultimate game in a challenging and aesthetically pleasing course.